This this the current radar pic I downloaded (sometimes the laptop cooperates!) 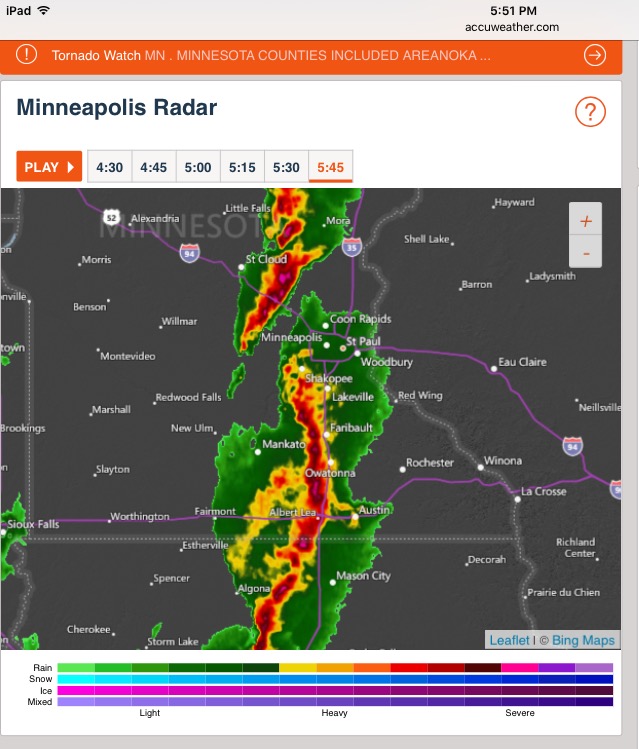 This Farm is near that Shell Lake spot…It would be so wonderful if I had bought that generator I want last week.

On the Farm when the power goes out the water doesn’t work and toilets can’t flush.

This is the earliest or almost earliest Tornado Warnings we have had since they started recording.

So.  Instead of picking away at the maybe climate change thing,  I will let you meet my Grandpa!

Johan Alfred was born on March 13th, 1899, in Benson, MN.  His parents were immigrants from Norway.

He died here on his farm after getting dressed and leaving his wallet on the kitchen table but not his Driver’s License,  locking up the house, and he started walking up the road to the neighbor’s house.  On the morning of August 10, 1988.  They found him laying on the gravel road and he was gone.

My dream is that he experienced a peaceful knowing and without fear walked out to meet his maker;   a sunny day with big clouds and some wind and birds singing a familiar song.

I have been so soberly focusing and reading and researching about making this a real Organic Farm.    It is so much to take in and my eyes have suddenly lost their ability to adjust focus and I hate my new glasses… ;(

Well I took some time out to have Breakfast with the only Aunt I have left and my very cool cousins from my Mother’s side.

My Mom is one of three sister’s and whoa they were close.  We lost Aunt Betty and Mom in the same year and my Aunt Linda had just beaten Breast Cancer…

Betty’s kids are Sharon, Karen, and Barry and I was so glad to be invited to breakfast.  They are a tight knit bunch so I will work to worm my way in there too.

I have decided that this is the year of my cousins.

I have East Coast peeps I haven’t seen in a Coons’ age but I can remedy that eventually!

So.  The tornado is coming and you all know what happens at the end of the Wizard of OZ?

Dorothy figures out how lucky she is to have a family… and her little dog too!